And the reasonable takes.
Here.

For this one, read the last paragraph in particular...apparrently, somewhere in my constitutional studies, i missed the inaliable right to wear mall-coreaccessories...

The purity of good and evil.

A liberal Democrat argues for total elimination of the filibuster (and the Senate) but let’s not get ahead of ourselves. He brings up some very good points.

I talk a lot about symbolism. This guy goes into DEPTH breaking stuff down. Artists should read this too. Scroll down the page for more right wing judge bashing evidence.

Supreme Court Justices should not do their own research – US Rep. Tom DeLay.

One of my favorite authors is at it again. BTW if you haven’t read Longitudes and Attitudes, you will never understand the international implications of a war on terrorism.

And in other news of life imitating Hollywood, and the reason geeks will rule the world.

As if you didn’t have enough to worry about.

This article is intriguing on so many levels, I really don’t know where to start. But any conservatives who were worried about France doing anything won’t have to worry for long.

Pay attention, activist dummies. This is what happens when pie throwing gets out of hand.
Posted by Cousin Pat at 9:16 PM

Funny, it wasn’t all that long ago that Democrats were mad at the Federal Judiciary and Florida Courts for “giving” Ol’ W the 2000 presidential election. I guess this is what those same judges get for their troubles.
http://www.msnbc.msn.com/id/7529447/site/newsweek/

Finally, a little discussion about what government is actually supposed to do, as opposed to threatening Federal Judges and telling me where I’m going to spend the afterlife.
http://economist.com/displaystory.cfm?story_id=3860731

What if we threw a Nuclear War, and none of the warheads worked? Boy, we think India, Pakistan, North Korea and Israel are incorrigible now, wait till they get a load of this….
http://www.slate.com/id/2116692/
Posted by Cousin Pat at 9:14 PM

Finally, a Conservative view that does not advocate sending Federal Judges to the gulag
http://www.msnbc.msn.com/id/3395977/

How liberals and progressives at the local level continue to give away the farm to reactionaries in the way they run their politics. Even though these guys were elected with a mandate, they have done such an awful job fixing broken stuff by breaking it worse, and not selling their good points to the community, that all of them will be ousted come next year. Stupid, stupid, stupid. How do you screw up an honestly given MANDATE?
http://www.flagpole.com/articles.php?fp=5150

Great quotes. The Great Left Wing Conspiracy to try and make Tom DeLay a law-abiding citizen. Support from US Senators Santorum and Lott. Lott! Dude who already resigned his post in the Republican leadership cause he couldn’t stop running his mouth. And what is his support? Republicans eat their own and all Tom DeLay can do now to get through this is pray. Not disclose, not talk to lawyers, certainly not put his fate in the hands of a judge, but pray. That’s it.
http://www.msnbc.msn.com/id/7488485/

Finally, the actual transcript of Larry Summer’s speech that got him into so much trouble.
http://www.president.harvard.edu/speeches/2005/nber.html

More threatening of the Judiciary by the right. Who is their quote from? Stalin.
http://www.washingtonpost.com/wp-dyn/articles/A38308-2005Apr8.html

Part of the health care debate we never, ever hear about. Until now.
http://www.msnbc.msn.com/id/7446005/site/newsweek/
Posted by Cousin Pat at 9:11 PM

For my fellow carnivores.
http://www.ehow.com/how_109742_select-meat.html

Living wages should not be illegal in Georgia.
http://www.unionvoice.org/ct/U11RclM1Fura/

OH my God. Sattelite imaging of your home

and this so funny.

How the Senate works.

March of Democracy around the globe.
Here,
and here.

Legacy used as a symbol for the culture war.

Very long self debate about the gay marriage thing. From a center right libertarian.

A Newspaper made up entirely of blogs.

Wow. Now that is what I call a legalistic argument.

Can’t get a judge to agree with your politics? Eliminate the judiciary.
Posted by Cousin Pat at 8:56 PM 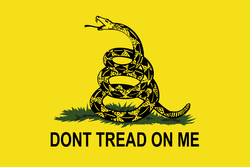 Posted by Cousin Pat at 4:56 PM No comments: