Back in 2008, the citizens of New Orleans voted to amend the City Charter and give the Master Plan the force of law. I was one of the folks who voted for it, because everyone I knew who was engaged in a land use or zoning situation complained about the capriciousness nature of the process and the mysteries that clouded every decision. Like so many reforms, the intent was to make city planning and land use decisions more transparent, easier to understand, more equitable, and more accessible. It was thought that giving the Master Plan the force of law would remove some of the ad hoc decision making from the process.

Some of these reforms worked. Others didn’t. But one thing the Master Plan did require was a formal amendment process. Guess what time it is? You got it. Amendment time.

City Planning has already scheduled their public hearings for January 24 and 31. You can see what amendments will be on which agenda on their website (http://www.nola.gov/city-planning/mpamendments/).

Wait. You didn’t know? It feels like nobody does. The most surprising thing to me is how few people even realize this process is going on right now and how important it is to your quality of life and cost of living. This is by design. At this point in the process, many of the amendments aren’t very clear about what they would do or how they would impact the lives of New Orleanians. Make no mistake, though, when folks start getting into the nitty gritty in the Spring and Summer, and these changes are closer to becoming law, you’re (hopefully) going to hear a lot more about them. I’m just trying to get ahead of the curve.

When I moved to New Orleans over a decade ago, there was a robust group of engaged citizens bird-dogging city planning and land use decisions. The front pages of now-defunct daily newspapers relayed proposals from this committee or that commission, talk radio shows were dedicated to what the future New Orleans would look like, neighborhood groups held meetings of citizens who were going door to door to tell neighbors what was going on, and bloggers would spend hours of free time pouring over public documents and connecting the dots between the deep pockets and city officials in a way that put many decisions in context.

Several of those profiles weren’t flattering. At one point, a former mayor told a press conference that the bloggers were undermining the recovery of the city. That mayor ended up in jail while bloggers and journalists won awards for reporting. Good times.

What I’m doing here is far more boring than that. It won’t win any awards and it hopefully doesn’t end with anyone going to jail. But the city of New Orleans is in the process of amending its own laws in ways that will affect my life and the lives of those in my community. Participatory democracy requires participation to function, and if you don’t participate, decisions will be made without your input. Complaining about it later won’t do too much good.

There’s also a lot of ground to cover, so I’m breaking it down into something less than a lecture. These are my opinions alone, based on research done by my friends and I, with links to public documents. This isn’t any official statement from any organization of which I am a part. I’ll do my best to describe what these amendments mean to me and what I think about them.

If you agree with me or even if you don’t, I encourage you to communicate directly with your city decision makers. The City Planning Commission wants to hear from you. Your City Councilmembers may not want to hear from you, but they’re the final decision makers. And if you want your neighborhood organization involved, you’ll need to tell them what you think about this stuff. No one can read your mind, and complaining on the internet can only do so much. You can bet the folks who want to change the laws are down at City Hall right now, talking directly to our civic decision makers. If you don’t like what they’re proposing, you’ve got to at least send an email or make a phone call.

Each of these items are amendments proposed to something called the Future Land Use Map of the Master Plan. This Future Land Use Map is supposed to help guide city planners, appointed officials, and elected city council members as they make decisions about the scale of buildings (how big they are), the intensity of land use (how much activity they involve), and the density of land use (how many people can live in an area). These are items on the agenda for the January 24th meeting of the CPC. A list of all Future Land Use Map changes can be found here: http://www.nola.gov/nola/media/One-Stop-Shop/CPC/2016_1216_FLUM_Tables_Final.pdf 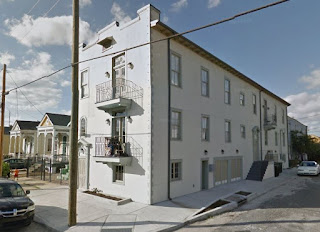 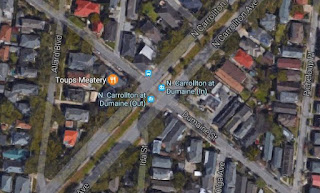 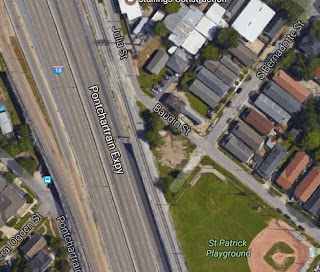 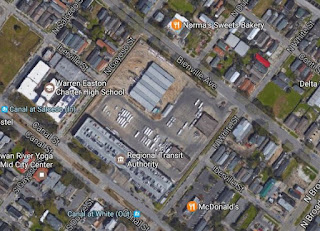 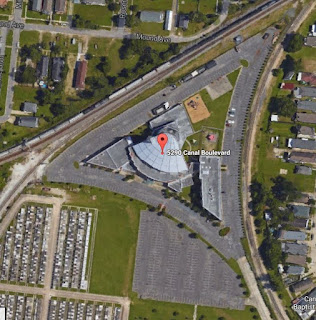 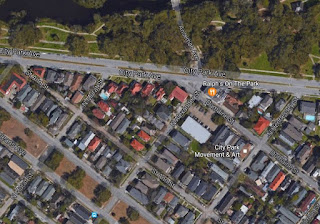 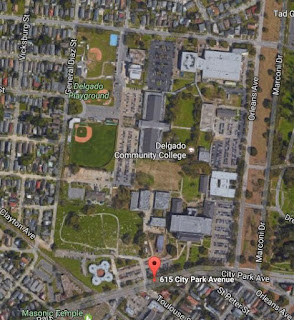 Now, let’s be clear. Everything I just wrote is my opinion and my opinion only. If you see something on here you don’t like, or something that you do, don’t complain to me. I’m only some guy writing stuff on the internet. Ain’t nothing I can do for you I ain’t already done.

If you want to fuss at someone who CAN do something, contact a city decision-maker. For stuff like this, that’s the City Planning Commission and your City Council members. You don’t have to be some sort of expert. This is America, all you have to have to talk to your government decision makers is an opinion. We live in a participatory democracy, so feel free to participate!

(Just make sure that when you do, identify your opinion appropriately according to the correct Request Number.) To tell the CPC what you think, email CPCINFO@NOLA.GOV. They’ll put your thoughts in the public record for any proposal. Full contact info here for letters & phone calls: http://www.nola.gov/city-planning/contact-us/.

If you want to take it a step further, tell your City Council members: http://nolacitycouncil.com/meet/meet.asp?id=45. Remember that no matter where you live in New Orleans, you have 3 representatives on the Council, your district reps and the two at-large members.

I didn’t make any of this up, y’all. You can find all the information online at the CPC website. And if you’re not in Mid-City, don’t worry, there are plenty of Master Plan amendments for your neighborhood, too. You should talk to your neighbors about them.

You can also view where the proposed Master Plan changes are on a map of your neighborhood. Go to the above link, scroll to the bottom, and click on your neighborhood map. Mid-City is in Planning District 4 with Treme:
http://www.nola.gov/nola/media/One-Stop-Shop/CPC/2016_1007_FLUM_Amend_PD4-1_1.pdf
Posted by Cousin Pat at 6:33 PM